Rising again with the sun, we ate a bacon and kangaroo burger for breakfast. It’s great when travelling with a car that has everything for a change. We left the motorcycles next to our tents and leaped into the back of Peters Patrol. Perching between a battery, an esky and Maciek, I get thrown around as Peter takes a run up to the soft sandy banks. The night before we all thought it would be a great idea for Peter to drive it around the bend so that no one would know we were camping at the stream. Now as we all feel the patrol side sideways into the soft silted stream, were thinking it probably wasn’t the best idea we have ever had. He takes another path and instantly gets bogged. Hearing the exhaust bubble through the water and the wheels spinning, Maciek and I climb out through the window into the middle of the stream. We all get to work looking for rocks, wood or digging out the wheels from the extremely soft gravel. 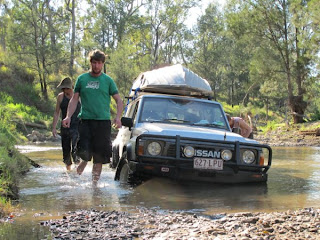 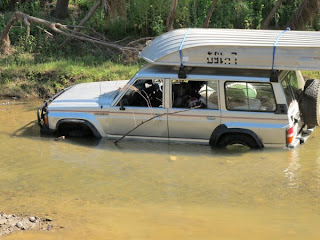 Attempting once again the patrol sinks lower despite our efforts. Peter hitches a ride with couple towing a caravan and arranges to road grader to come and pull him out. Just as he arrived back to the camping site and told us this, the grader ambled past not noticing our half drowned vehicle or our shouts and waves. I flag down one of the many forensic bush investigation 4×4 and caravan in tow and ask if they could please stop the grader and tell him to turn around and point out our location. Julie and I wait for its return on the side of the road, I find it funny that people pass us by without wondering why two girls are standing alone on the side of the road and do not stop to ask why. When it returns, we wave it over to the location and Maciek pulls off his motorcycle the only rope we have between us. He carried it with the intension that he may have to tow another motorcycle not tie it between a massive grader and a patrol. 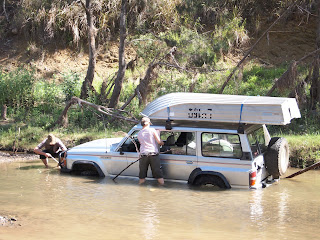 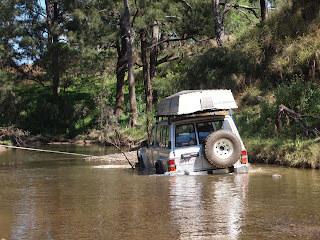 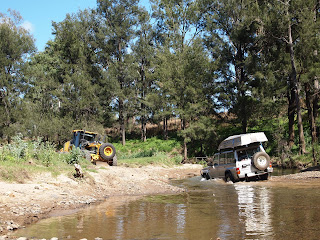 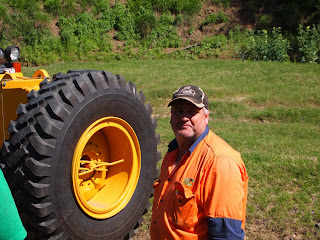 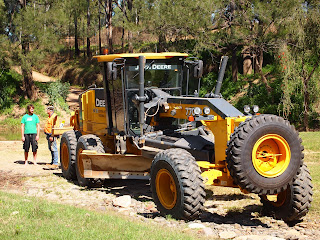 As the grader reverse up and the rope becomes taught, the patrol moves through the soft gravel with ease. The rope holds on until the last moment, when they attempted to tow it though the deep sandy banks, when it snapped. Thanking the driver and checking the vehicle for any water damage. We were once again on our way. Crumbing back into the rear of the patrol, we are all feeling tired, and hungry. It was now past nine am and we were planning on a twenty one kilometre walk. We all agreed this now wasn’t going to happen and settle on a fourteen kilometre one.

Hiking up through the beautiful smelling bushes, we follow the dappled lit path until we reached the Aboriginal rock paintings. We headed back down to the bottom of the gorge and found a spot to sit down next to the river. In the heat of the day, we munched on a muesli bar and a few cashew nuts before all lying down and falling asleep. 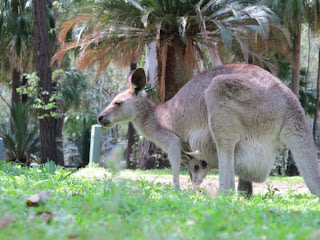 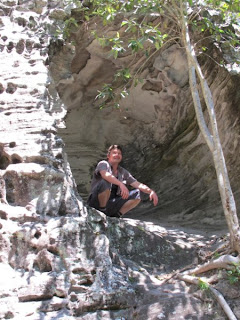 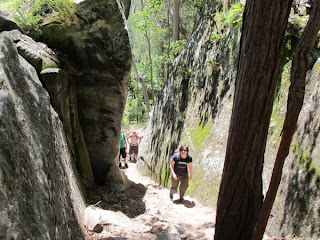 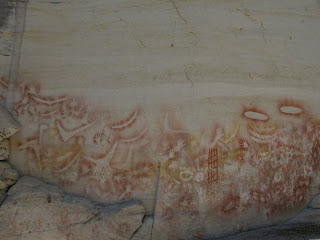 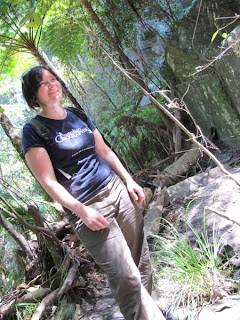 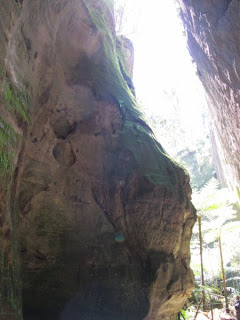 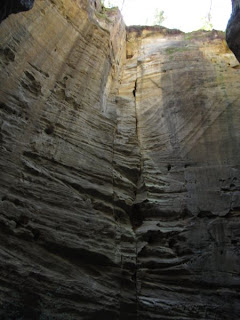 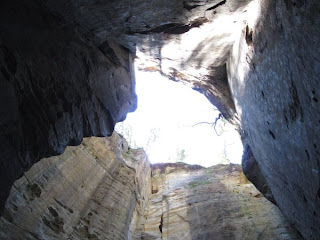 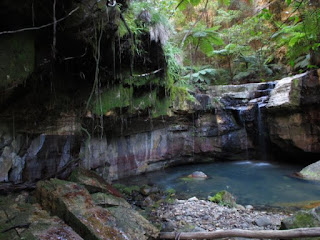 We wake almost an hour later, and start the trek back down the hill, turning off every now and then to view the highlights of the park, such as the moss gardens, caves and waterfalls. Completely exhausted, in the heat of the afternoon we were in dire need of a cold beer, we head straight to the parks only bar.
Julie and Peter set off back to Brisbane, while Maciek and I stayed another night in our camping spot. 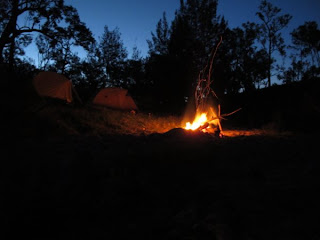 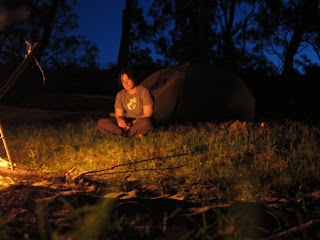