Arriving into Longreach mid afternoon, Jan offered me a shower before I took my bike down to the bike shop. I walked down to the end of the hall way and found the door to the bathroom had been replaced with a  torn off shower curtain. The pieces laid on the floor waiting to be picked up and put in the trash. As I peeled of my sticky motorcycle gear, i noticed there were old shampoo bottles discarded at the end of the combined shower/bath, a well used dirty towel for the bath mat and an item of clothing dried up in the sink. Stepping into the bath, I was careful not to touch the walls as I’m sure they had more dirt sticking to them than I had on me after a few days riding in the bush.

I emerge from my bathing experience, and Jan hands me the keys to his XR 250. ‘You might as well follow me down there, so you can make your own way back later on’Stunned at the generosity, i grabbed my helmet and truly enjoyed the moment where i just had to push the button to start it. This was my first time on a XR, since selling my one in Moscow exactly 2 years earlier, nostalgic hit me as I remembered starting out on my first trip. 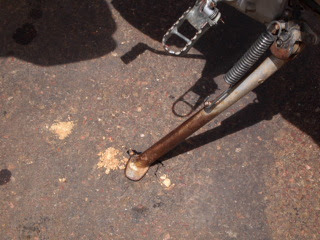 It was so hot, the XR foot stand would always break the tar seal everywhere i parked We arrived at Goodmans Motorcycles, a small shed across the road for a flashy main stream shop. I instantly got a great feeling as we unloaded the bike and pushed it through the front shop and out to the workshop. Earlier, I had arranged with Tony to work along side him so I could learn from him and cut my labour bill down. He kindly agreed and here I was late in the afternoon working for the first time on a motorcycle lift! 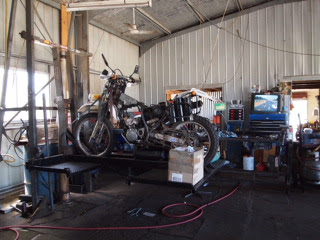 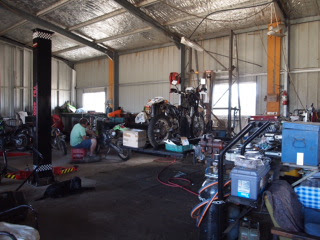 As the sun started setting I peeled off the lid of the engine, where I discovered my rocker arms and cam had been badly worn. One valve sat differently to the others. A sign, that it had snapped off. I slid the head off cringing as I saw what had happened. The valve had snapped off and slammed through the piston, creating a huge hole. My spark plug ends had been hit by the loose valve head and was not longer usable. My heart shrank and I dropped the head back into place. I didn’t want to believe it to be true so i walked away. After I had got a grips with my emotions I walked back and revealed the damage to everyone and headed home for a much needed beer.

Jan and I wondered over to his mates house for a few drinks and dinner, I was about to drop as i was mentally exhausted and pretty upset by what had happened. We walked home around 11pm, I went to my freshly cleaned room and Jan turned on the stereo and turned the volume on full. Glad, to be on my own for a bit, I pulled out my computer to check my emails. When I turned the computer on, I discovered the screen had broken. What a perfect end to my day.  I woke to extremely loud music, Jan must be still up and had turned the volume up again, I looked at the time, it had just gone midnight. I couldn’t believe it. I slept for just a few hours, now i was wide awake. Desperate to fall back to sleep, i read for awhile, tossed around for awhile, until i hear foot steps outside at my corner of the house. I was starting to get a bit freaked out, wondering what I had got myself into. I must have feel back to sleep on true exhaustion. Waking early, i needed to use the bathroom. Padding softly through the house I couldn’t find one but i did find Jan outside still drinking with almost a carton of discharged cans around him.  As i approached, i could see Jan leap when I said good morning! He had clean forgotten I was here.

Heading off to the bike shop on the XR, I stopped to call my uncle and explained what had happened. I was tired with little sleep, emotional about what had happened so early on in the trip. When I had arrived, there was little i could do so i helped Tony, by stacking tires, running errands and doing little odd chores while Tony started calling around getting prices for the parts i required. By the end of the day, we had purchased a complete head from a wreckers in Roma and it will arrive the following day on the over night bus. I was overwhelmed at the quick solution and couldn’t wait until tomorrow, I just had to get through the night first. Arriving home that night, Jan had dinner sorted working through his hangover! We spent a quiet night watching tv and chatting. I started to relax as i realised it was just a once off drinking incident. 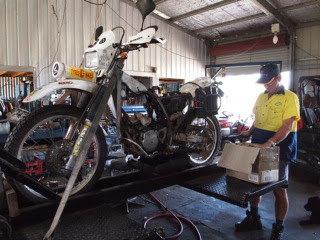 Parts have arrived, Tony is unloading the package. 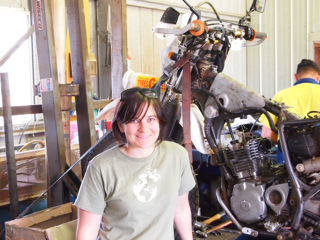 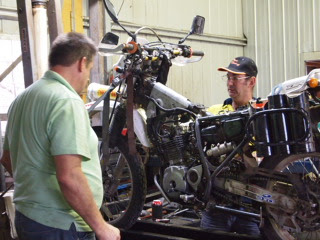 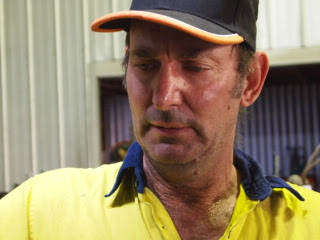 Tony and I spent the all of today, putting the bike back together. By the late afternoon, we had the bike going again. But it was running rough and lumpy with the occasional backfires. Sitting down over a cuppa tea, Tony brain storms and decides that due to the carburettor been old and very worn, we needed to drop the needle down a notch in order to make the air / fuel mixture richer. When I arrived the following day, the carburettor was already off the bike and in pieces,  before my eyes it was back on the bike and she sounded better than shes every sounded before. Tony unleashed her from the lift and took her out for a ride into the unpredictable weather. Once he returns he hands me the bike and I too take it for a test run. It was perfect. The engine sounded good, the fuel mixture was perfect, I couldn’t be happier. 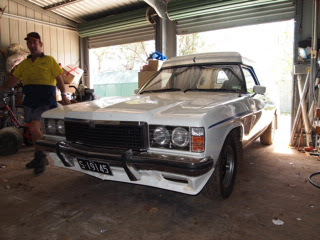 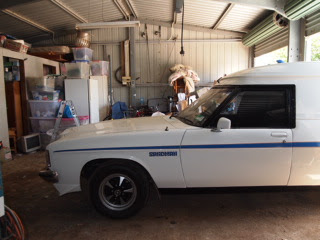 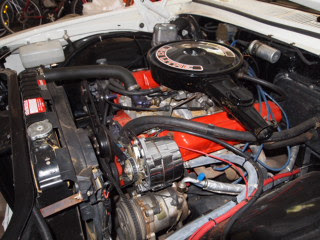 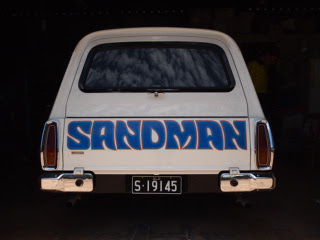 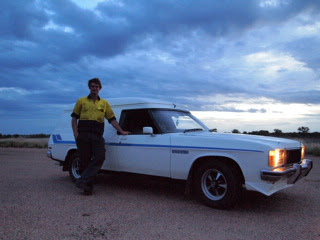 I now had to say goodbye to Tony, a guy who put him self out for me and repaired my bike well in advance of the long line of bikes he already had in his shed. Tony had decided to sponsor me and only charge me for the parts. Thank you so much Tony, I am truly in debt to you. and next time I want to head off in a motorcycle Ill be coming to be your appearance for a while!  Jan, Thank you so much for picking a stranger up off the street, taking me into your home and leaning me your XR. You were really generous and I can not believe my luck by having you pull over for me on that long lonely stretch of highway. 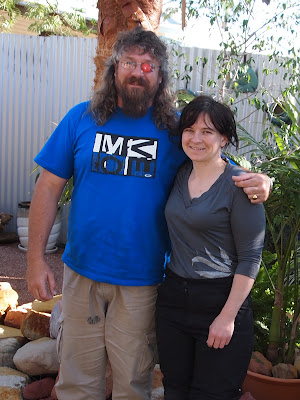 Jan and I standing in his really nice garden!