Waking with the rising sun feeling fresh, I start packing up, despite the hushing noised coming from Maciek. Here I was thinking he was an early riser! I put a pot of water to boil on my new MSR Dragonfly petrol cooker. Maciek, cracks up laughing as it roars to life, we can barely talk over the noise but the water is boiled in a matter of seconds. 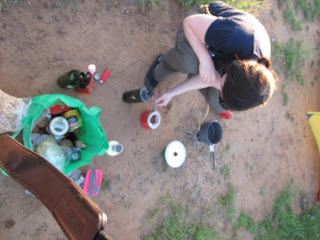 Coffee time – photo thanks to Maciek

Slowly packing our gear up, somehow it’s so as nicely packed in as the day before. Maciek asks Dave if we can borrow a power drill, to install my new LED tail light Maciek made me buy the day before. Removing the rear reflector, he drills a hole in the aluminium bracket supporting that and wires into the existing stop light. To test the light, it’s not as easy as turning on the key. I have to jump on and kick the engine over, giving Maciek a blast of fumes from the exhaust. After some mucking around and what Dave called black magic, the new stop light decided to work. Waving David and his family goodbye we hit the road, knowing it was only a few hundreds of kilometres to the Gorge.

Riding up the development road, I can feel happiness seep through my body, filling it with the warmth of joy. Arriving into a small town called Injine, we fill the bikes, and all our spare fuel containers up. I have a four litre ‘Liquid Contaminant’ bag, which I fill. Fuel spilling over the outside of the bag and onto our hands, we discover that the lid hadn’t been tightened.  Maciek reached for his heaviest tool – vice grips and tightens the lid until nothing spills out.
Turning off the main road to Canarvon National Park, we follow a meandering paved road through the fields of corn and cattle for a few kilometres. Once we hit the gravel road, we cross our first ford and come up behind a caravan. Deciding, that following a caravan, is not the best idea, we parked the bikes on the grassy banks of the river and strip off into our underwear for a cool swim in the stream. 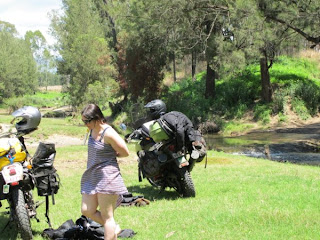 photo thanks to Maciek

Rising from the waist deep water, Maciek’s flatmate Julie and Peter spot the bikes and pull up behind us. They too couldn’t resist the tempting water and jump in. While they wash their dusty skin, Maciek spots a nice grassy area around the bend of the stream as a possible camp site.
Dumping my jacket into the car, I ride with my amour jacket on feeling the a lot cooler with the air rushing over my now soaking tee-shirt due to my wet bra. Feeling more confident on the gravel road, I take it a lot faster, feeling my rhythm once again and starting to trust my rusty off road skills. 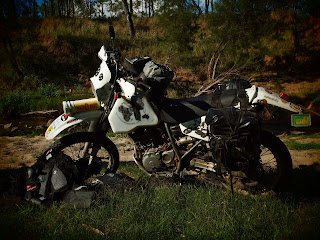 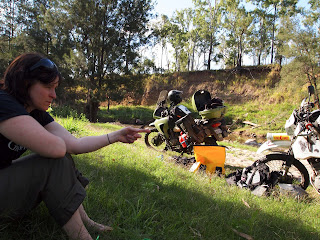 The road ends at a beautiful camping ground surrounded in trees and littered with kangaroos and cheeky birds.  After a quick discussion with the ranger, we discover that the grounds are only open for six weeks of the year and it’s now closed until Easter next year! Disappointed, tired and hot we sat down for some lunch cooked on Maciek’s quiet stove before heading back to the stream we stopped at earlier to camp the night. 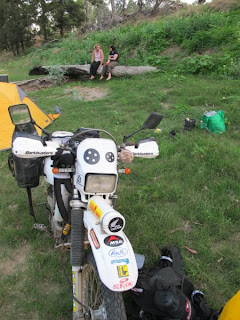 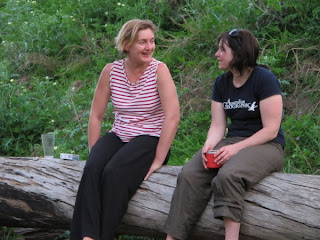 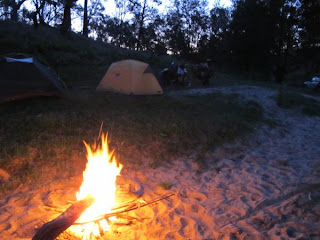