Wind on my face, free from escorts, I just rode all I wanted to get as far away from that man in Kerman as soon as possible. He was acting like an over caring father that drove me crazy. Despite the desperate need to join the main tourist crowd and make myself feel normal again, I headed south into the desert, where I had hopes of camping near a lake south of Shiraz.

I was driving like a woman on a mission, only stopping for gas, food and the occasional police check point. One police man stood in my path as I drove slowly over the speed bumps. ‘Passport’ he demanded. I shivered, wondering what he wanted. As he flicked through the pages of my passport he walked around my bike feeling my all my pannier bags. I then remembered the little bottle of wine in my backpack. Hoping like crazy he doesn’t ask me to open it, knowing full well I would get 3 months in prison and 80 lashes. I had the option to buy my way out of the lashes at $1000 USD a lash but I still couldn’t afford that! I had also been told along the grape vine, if you kill someone in a car accident, it cost only you $30,000. 30 grand for one life or 80 grand for carrying alcohol, go figure! I seem to have a steady stream of good luck and the police man threw me back my passport and told me to go.

On schedule the sun hit the horizon at 5:30pm. I found my lake, well what was left of it as apparently there is no surface water in Iran. All the farmers use it well before it can form into a lake, so I was left with a salty hallow in the ground. I found a camp spot overlooking the so called lake, but I had forgotten to buy any food or water. With nothing else to do, I crawled into my sleeping bag at six pm and desperately tried to sleep. Finally I drifted off but woke at first light, checking my phone I found out it was 4 am in the morning. What to do? I lie in my sleeping bag wishing sleep would come once again. Finally the sun hits the tent at six. I couldn’t stand waiting any longer, so I packed up and headed for Shiraz. 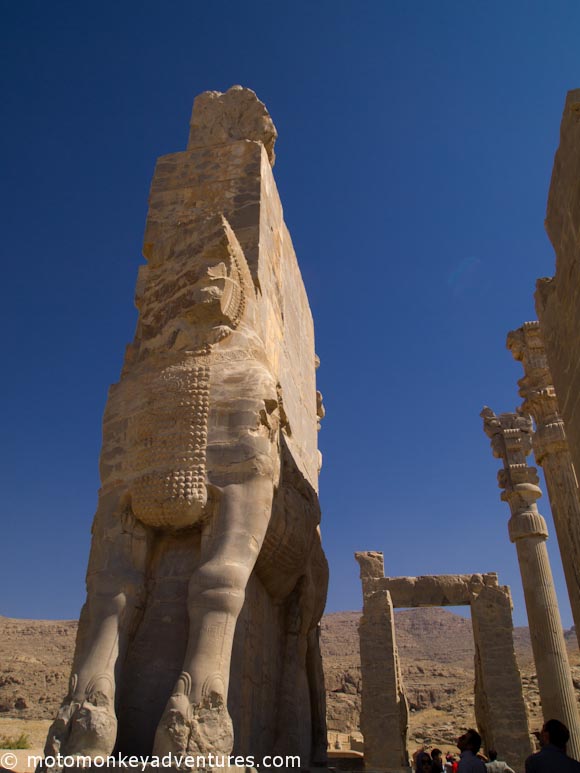 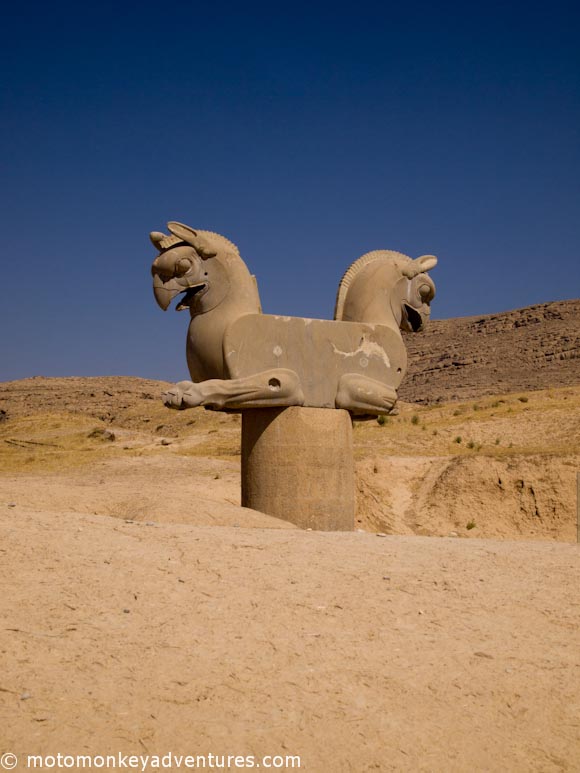 I had all the time in the world, which was just as well because the locals sent me on a wild goose chase through the city, when really I was on the right road the whole time! Its moments like this I wish I had a GPS. I had been told Shiraz was only worth a day, so I decided to keep going north to Persepolis, an ancient capital of the Achamednid Empire. I wasn’t really in the mood. I walked around surprised at the amount of tourist in Iran travelling in group tours. That’s when I ran into the Italian family travelling in the pink wheeled campervan, who I had met in Bam. 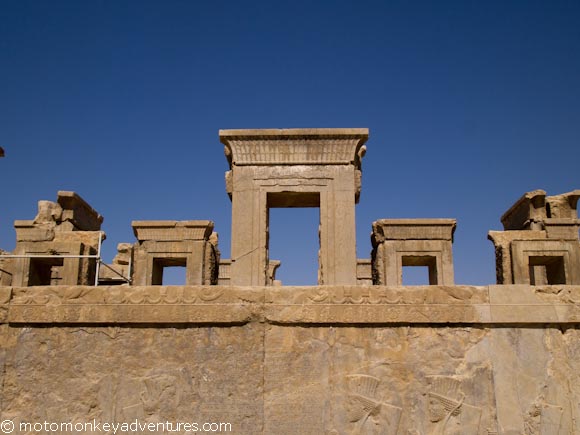 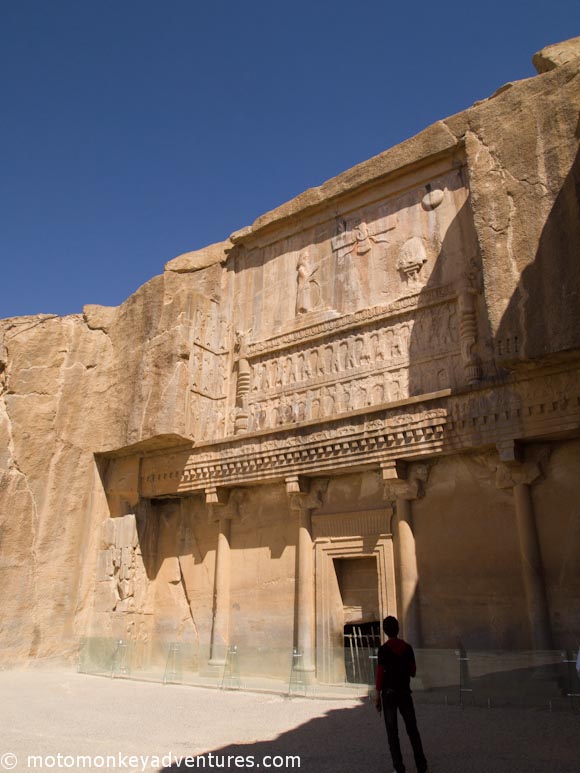 I wandered around for a few hours, but it was too early to camp, so I left for Yazd, not knowing where I was going to sleep that night, but knowing I will be free and feel the wind on my face. 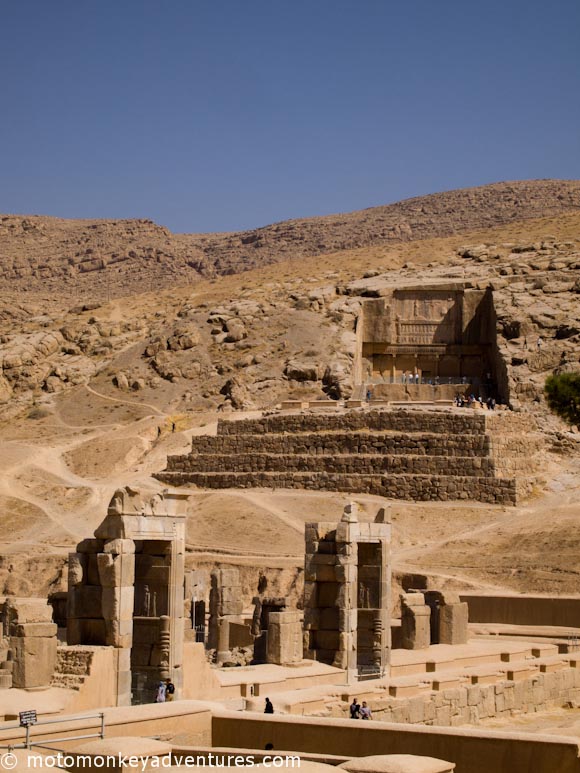 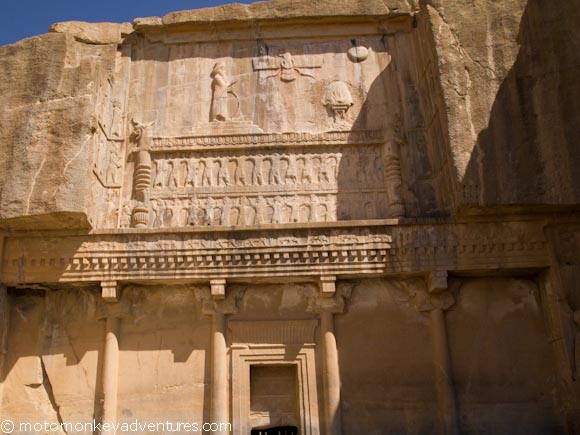