My heart is beating fast, my breath is really shallow, my hands start to shake and I feel really dizzy and incoherent, in fact my head seams to be oozing from my soul. What could be happening to me? What the hell did he put in the chai? I start to freak out, wondering what this drug was, how it was going to affect me and how long will it last? My heart beats faster and harder, it feels as if it’s working overtime. How can I ask my new host what the hell did he put in the tea without being rude? How rude can you be if you have been drugged?

I feel a surge of braveness and ask ‘What did you put in the tea?’ feeling incredibly foggy.  ‘Um, I’m not sure what it’s called in English…’ I stand, fuck maybe it opium I think to myself, I’m in the city known for its drug addicts. He stands with me and walks into the house closely behind me. I start to go to my room, trying to work out what to do before I become too foggy to think. Just before I shut the door he approaches with something in his hand. ‘I put these things in, don’t you like it?’ In his open hand is a bunch of cloves ‘you must have put something else as well?’ I said as I closed and locked the door.  Looking about me, I try to think – there are two doors, one I can lock from the inside and one that only locks from the outside – shit -Ok, think Danielle, as I take in a deep breath, time to make a plan.

I pulled out my phone with my shaky hands and I punch out a text message to the guest house owner who suggested I stay at his friends place. Still worried about saving face I wrote ‘I’m really sorry to disturb you,  but I feel as if I’ve taken a drug, would  your friend do something like that?’  Instantly, I get a message back ‘No’ . The next second, I hear the guys phone ringing, man what have I got myself into this time, I’m too god damn trusting.

My breath was starting to return to normal, as the guy calls out ‘the phone is for you’. I open the door to receive the phone. ‘Are you ok? Maybe it’s because you’re sick? I’ll come around now to make sure your ok…’ beep beep beep. I’m feeling clearer now, I know it’s not because of my fungal infection, it was something else, something I’ve never experienced before.

The guesthouse owner arrives and asks his friend what I’ve had to eat and  drink and finds out I tried a piece the size of my thumb nail of this brown goo with a tan coloured outside.  I had completely forgotten about that strange incredibly sour stuff, I was told Iranians use it in soups and women just absolutely love it– how harmless could that be? However, I’m not like every woman, this stuff was apparently making my blood pressure drop so low I felt as if I was walking on another planet. I felt a lot calmer knowing it wasn’t opium but it wasn’t going away, every now and then it would flare up again but not as bad as the first round. 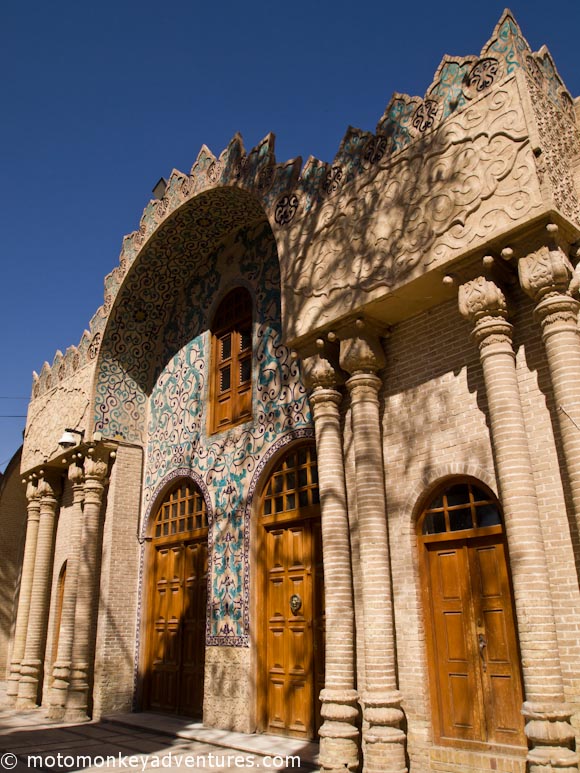 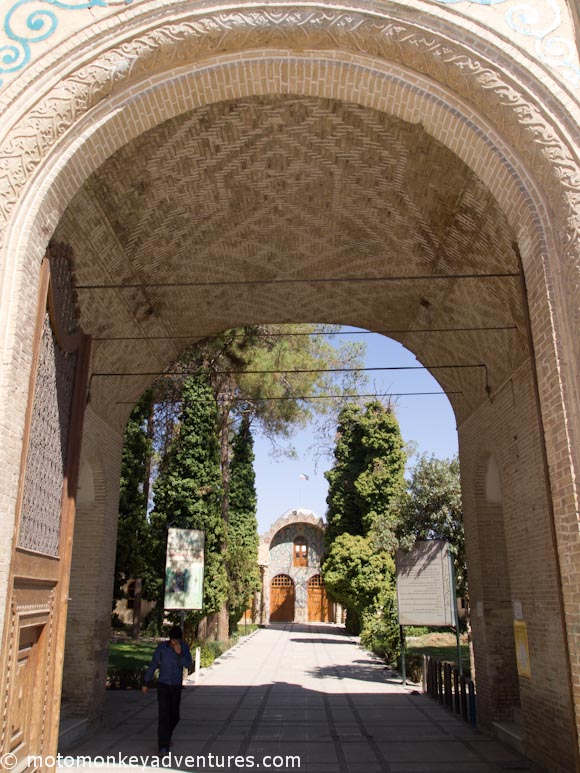 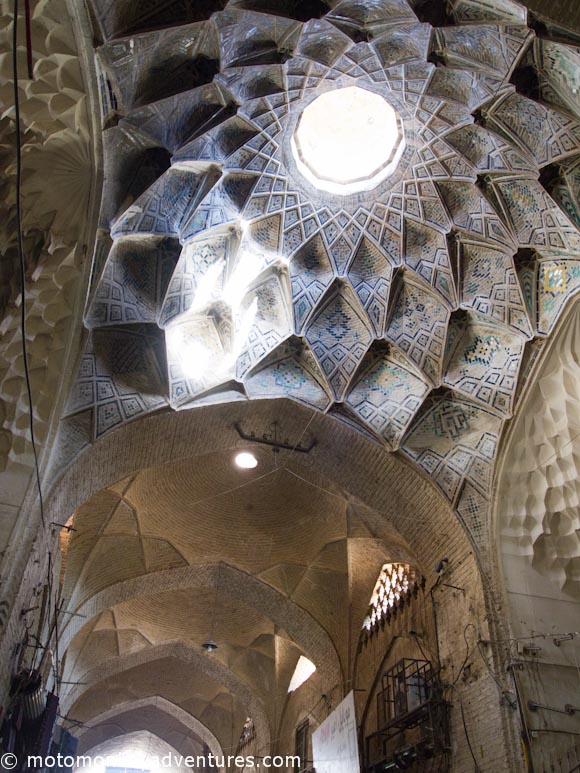 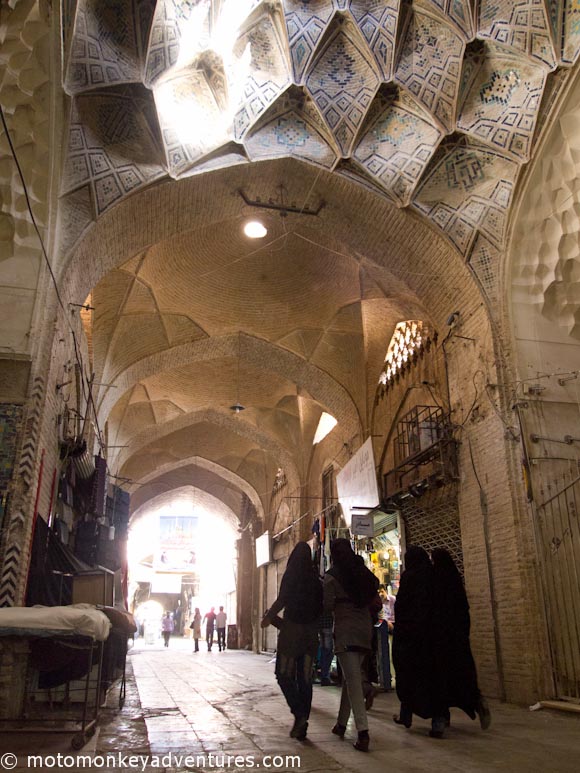 All this because I couldn’t find a cheap guest house, and had relied on this another guesthouse owners recommendation and ended up with a single guy in a old run down house fit for squatters containing only four single chairs. However, what I was feeling on the first night was to wash away as I spent the three days with this guy who acted like my personal guide for Kerman.  I was happy to leave after I changed my oil and looked for a more touristy destination so I could be and act like a normal tourist for a change, something I was starting to dream of. 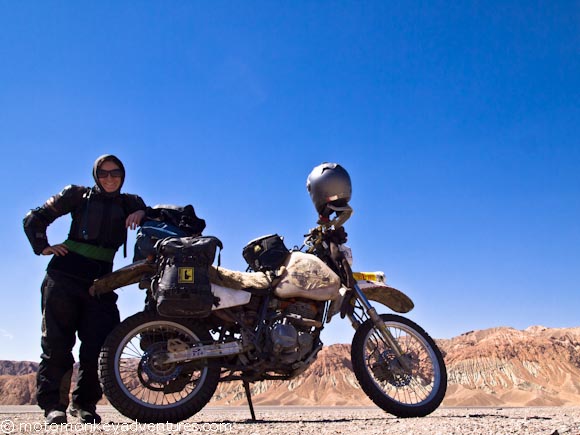 Even when I take my helmet off I have to make sure I have my hair covered at all times.