Cuddling up with your parents while they read your favorite book to you, despite struggling to keep your eyes open, excitement  keeps you going. You just HAVE to pull that tab that made the mountains appear from nowhere. A pure magical moment, one I never thought I would have 25 years later, the exact same feeling about the Karakorum Highway.

I’m averaging 20 kilometers per hour, despite the fact my speedo states 60 as I’m rolling along. It is just so damn beautiful. I cannot shut my gapeing mouth. Snapping away with my camera at every corner like it could be torn from my eyes forever at any moment. But how could I ever forget this moment? I turn the next corner, just like turning a page in my kids book, the beauty and excitement keeps on compounding until saliva starts dripping from that gapeing mouth and didn’t stop flowing until I reached Gilgit five day later.

It was sad to say goodbye to my Dutch friends, Roderick and Marleen (please visit their website here). They arrived in timely fashion the night before Michael and I were due to set off from Islamabad. We finally were able to celebrate our belated birthdays and friendship in good style with tomato pasta and the beer and vodka they smuggled into the country. Later that night when climbing into my tent I realized I was pretty tiddly after a couple of vodkas. I guess I’m now classed as a ‘cheap date’ since I’m not used to drinking anymore. 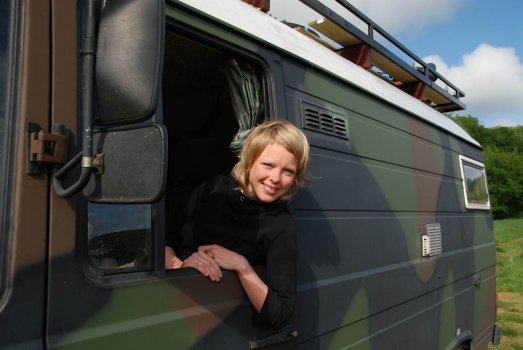 Marleen – photo stolen from their site 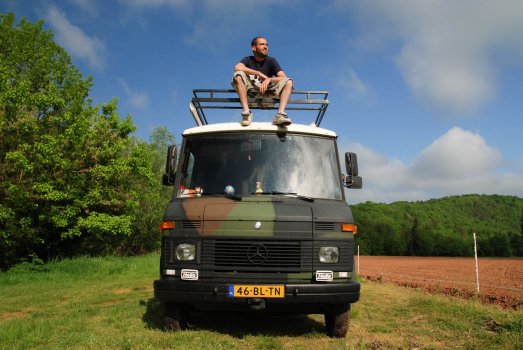 Roderick – photo stolen from their site

To immerse yourself in such beauty wasn’t as easy as we thought. We had decided not to take the most direct route but instead to go through Muree a small mountain village which is a cool weekend getaway for Islamabad people. We arrived at a ‘T’ intersection at the saddle of Muree, and without any signage we decided to ask some people for directions to Abbottabad. With directions in our head and a chai in our bellies we set off down the hill. Not long afterwards, I got a funny feeling we were heading in the wrong direction,  straight for the restricted area of Azzad Kashmir. Sure enough once we hit the bottom of the valley, we were confronted with our first check point. 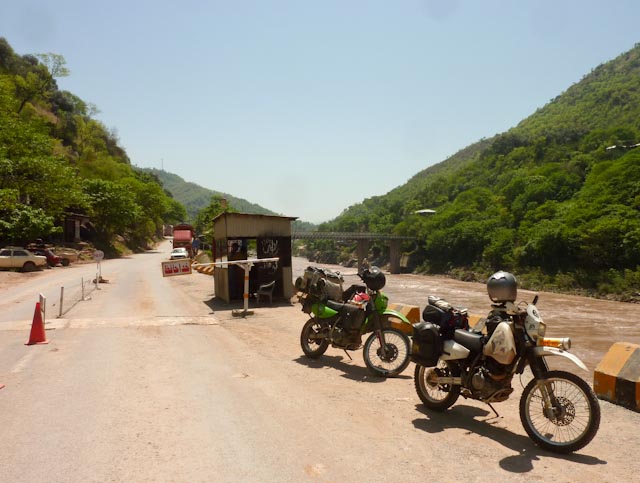 ‘Passports’   We hand over our passports, ‘N.O.C”N.O.C?’ Michael asks, I knew exactly what he was after, but I was keeping silent for now.’N.O.C – where is your pass?’ himmmmm now we’re in trouble as we didn’t have one as we weren’t planning on going this way.’We don’t have a N.O.C”Whisky?’
‘No’
‘Who’s this?’
‘Why don’t you ask her?’
Up until this point I was completely ignored. I was astounded as I’m used to being on my own and talking to everyone.With only a quick glance at me, ‘Is she your wife?’
‘No’
‘Friend?’
‘Yes, friends’
This is where he got friendly and asked us into his tent for a chai.’No, no, maybe on the way back’

This satisfied our guard as he walked over to the barrier and lifted it for us. Wow, we managed to get through, how could it be so easy? Less than ten minutes later I found out why, as we were stopped at another barrier. ‘Passports’   We hand them over
‘N.O.C”We don’t have’ Michael explained
‘himmm, you make it really hard for me if you do not have a N.O.C.’I wonder he means by that, so I thought I better explain what happened and where we are trying to go.
‘Please, come’  We got ushered into a stuff sandwich panel building, and our passports were handed over to three men who copied everything down into a rough looking ledger. They even took photos of our passports then they finally asked for the dreaded N.O.C.’Without N.O.C you cannot go’  Why didn’t you explain this before you started! We grabbed our passports and headed for the bikes, we had lost at least an hour with all this mucking around.So, now we are back where it all went wrong at the ‘T’ intersection. Just a few meters past the ‘T’ intersection we faced a ‘Y’ intersection. We couldn’t believe it, and now we had been told opposing directions to get to Abbottabad. We just kept on asking until one outweighed the other (by 4/3!) and headed that way. 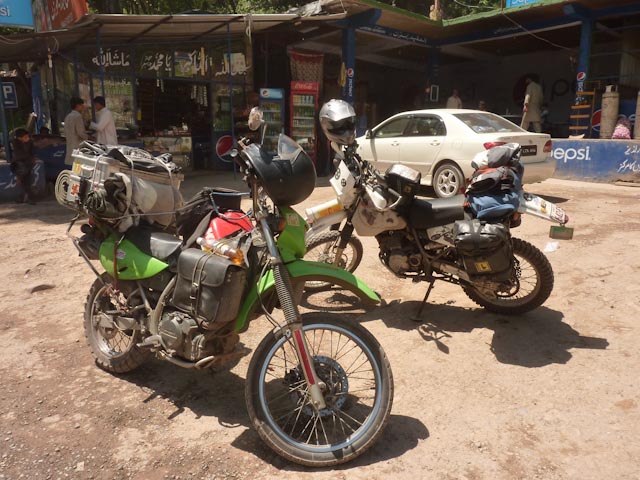 Now, this was what It was all about, twisting in and out of the corners, really feeling alive with the wind on my face. Michael was more hesitant with the corners as he felt as if his tires were slipping out from under him. I couldn’t see anything wrong, but then I wasn’t on his bike. Hours passed too quickly, we arrived into Abbottabad far later than we expected and I was starving. Michael hadn’t eaten all day but that didn’t seem to bother him. We carried on after a good Chicken Kadai and Chapatti. 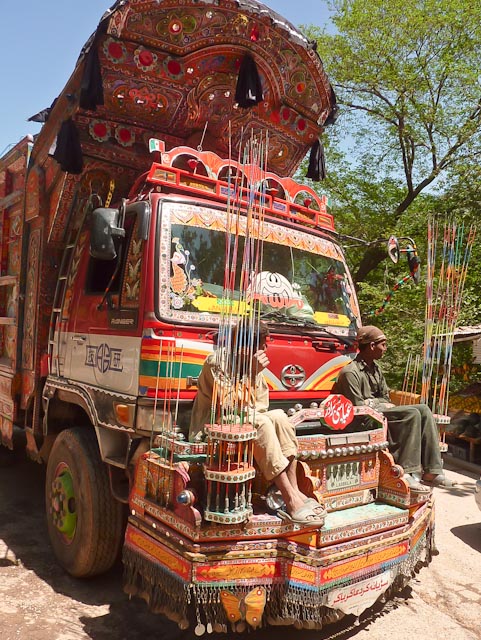 It’s now five pm, I knew shortly we would either have to set up our tents or find a hotel. The problem was, the road got even higher and the temperature dropped even more. I didn’t mind camping at all. I had enough food and water for the night and a great tent and sleeping bag. However Michael only has the insect part of his tent. No use in these cooler temperatures. He compromised and said if we find an abandoned building he could sleep in that otherwise it has to be a hotel. Just on dusk, a hotel appeared before us, the room was the right price and we managed to talk the owner into letting us push the motorcycles into the empty dining hall for the night.