The Pakistan Bikers Club is like no other club, it does not discriminate against your size, weight, age or style. The president Muhammad Zahid holds the club door open to all and welcomes you in with a hearty smile and thousands of facts about the history of motorcycling within Pakistan.

Motorcycling awareness and safety is the main focus for the Pakistan Bikers Club. It’s a simple goal in our minds as in developed countries, we are use to seeing the government spending millions in awareness and in order to obtain a licence we have to under go extraordinary lengths to prove we can ride safely. 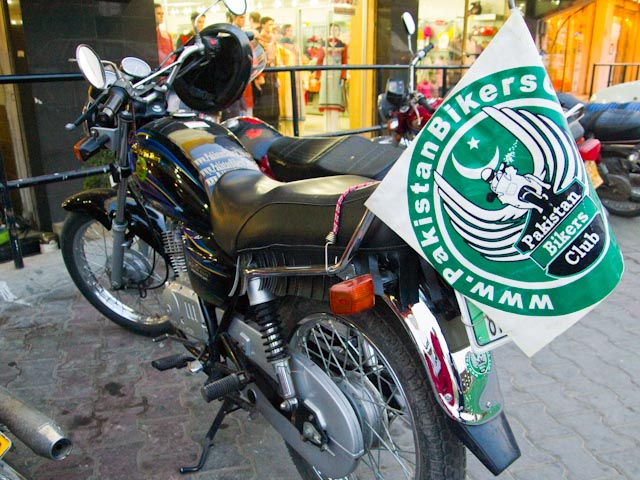 With little help from the government, this club is starting from a clean slate, with people who are used to going about their daily routine with little restrictions and little thought to the consequences. As an overlander, I try absorb any traffic rules that I can fathom out in each country I visit. Pakistan wasn’t any different from any other third world country. It had the basic rules and police at every intersection trying to enforce them / generate extra income on the side. Overall it wasn’t like the careful and controlled driving like we know in our own developed countries. 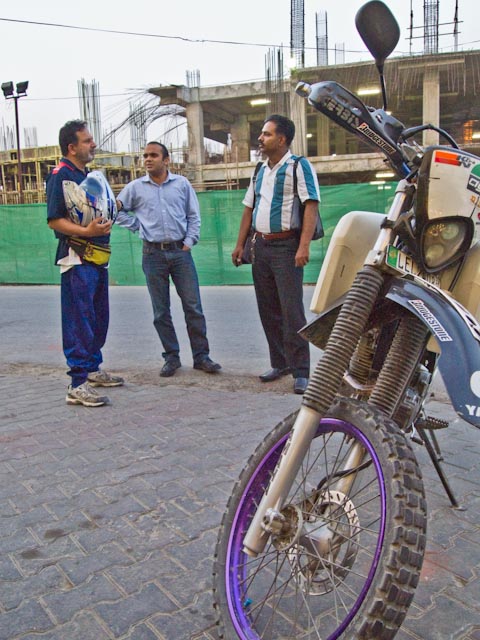 The first two aims of the Pakistan Bikers Club are to encourage people to wear helmets and to start using their mirrors. Most drivers had turned inwards like a ‘bad boy’ fashion statement. Another important goal was to create awareness for motorcycling as a safe and enjoyable hobby rather than a means to dangerously dart through heavy congested traffic trying to race your neighbour to the market. 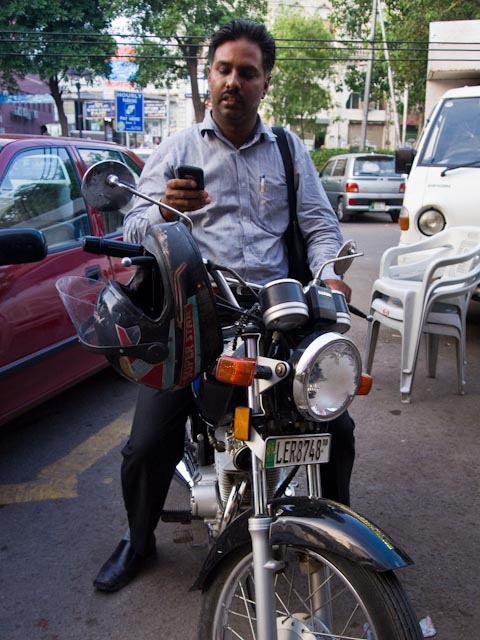 Muhammad Zahid the president of the Pakistan Bikers Club

Dressed in my bright red traditional clothing set, I rode around Lahore, on my Suzuki DR350. I was completely taken back when I finally realised I was the only women riding a motorcycle in the whole city with a population of 6 million.  Muhammad Zahid took me past a Honda show room, where he pointed out the first scooter ever imported into Pakistan. I was astounded, why hasn’t Pakistan had scooters before? Most developing countries do. With the help of the Pakistan Bikers Club, hopefully this will encourage the elderly and women to start riding motorcycles.

One evening at a restaurant, I sat down with a few key people within the Pakistan Bikers Club and took them through a slide show on my laptop.
While looking at the photographs I took them through my last ‘Bangkok to Moscow’ adventure, and moving through my current adventure, going into details about the motorcycle preparation, paper work, obtaining sponsorship and finally living on the road. Afterwards, Muhammad Zahid  quietly said to me that I was the first overlander that they felt they got a lot from. I was just pleased to finally be able to give something back to the kind and caring people who give me a lot of their time. 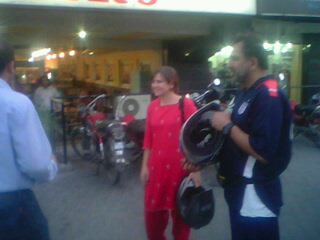 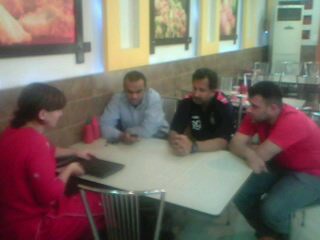 I leave Lahore, with a promise to return after my trip north to do another talk to more members of the Pakistan Bikers Club and a few others from the community, of which I really hope there might be a few women.

Muhammad Zahid arranged for me to have an interview with Raja Jalel sahab, the editor of one of the largest English news papers in Pakistan – Business Recorder.
Raja Jalel is a pioneer of motorcycling in Pakistan as he started riding a Harley in the early 70’s. 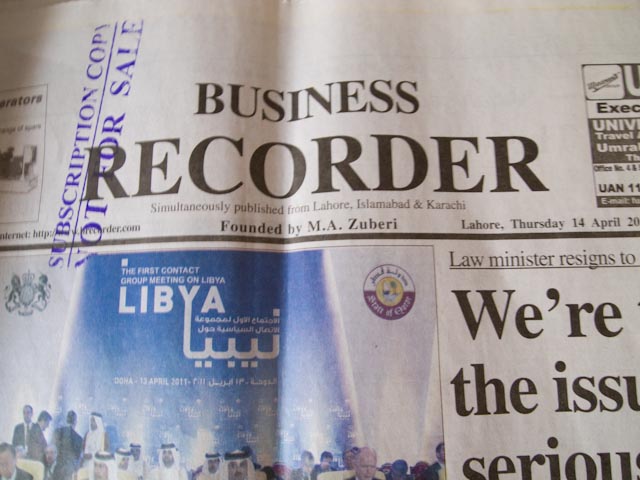 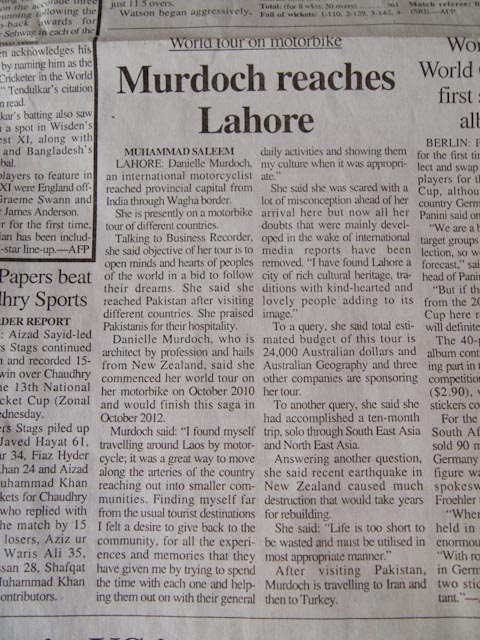 Here are some more photos provided by Mubammad Zahid from my time spent with the Pakistan Bikers Club. Thanks for taking care of me while I was in Lahore. 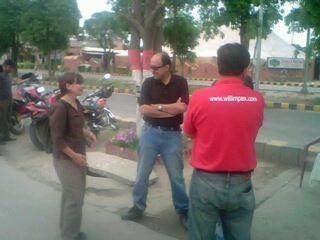 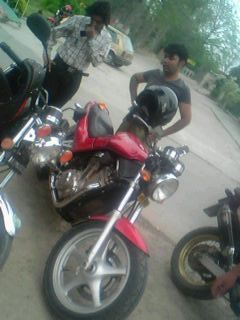 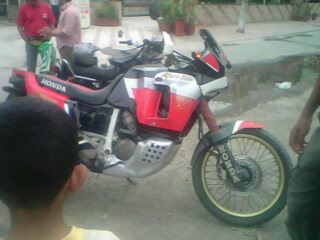 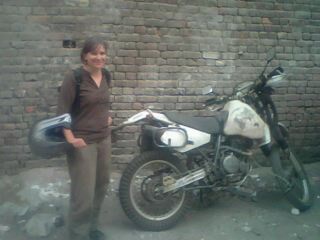