Dust clogged sweat drips down my face as I stare through my lens at the two teams upon their mounts pounding towards me. I feel space opening up behind me as the crowd scrambles backwards and over the white painted half height stone wall, hoping it might give some protection from the heaving beasts bearing down on us. I abandon my camera and leap over the wall onto a pile of scrambling bodies as the beasts heave past us, sweating and frothing at the bit. 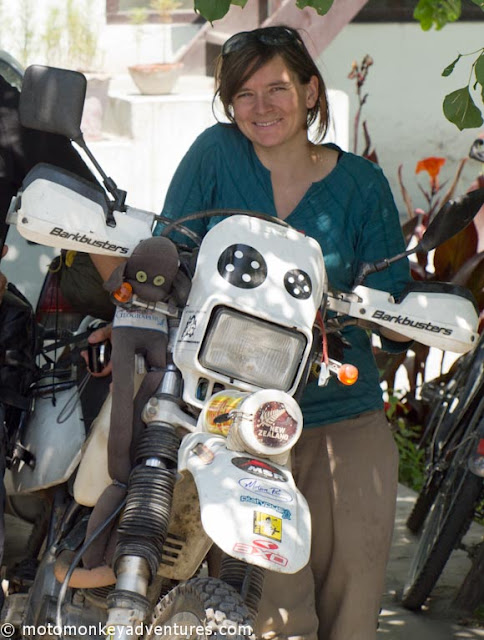 preparing to head up to Shandur 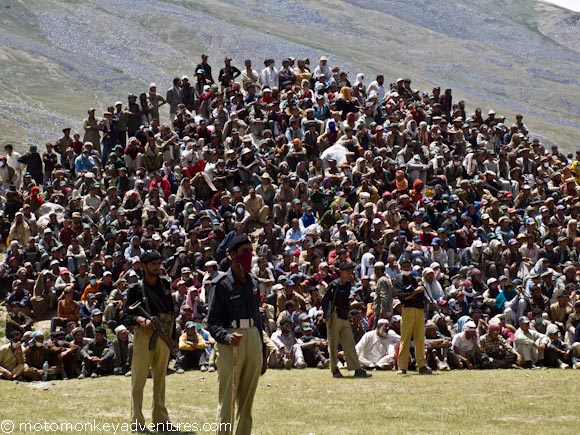 the mounds of supporters 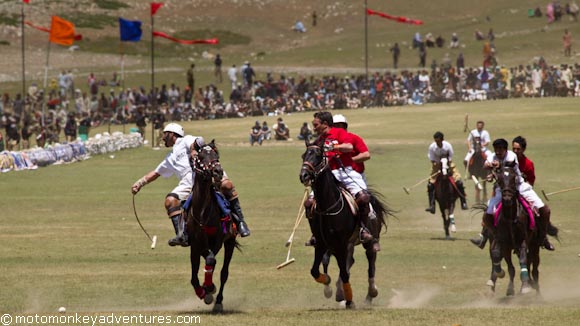 The helmet-less riders grip with their thighs, leaning at odd angles while swing their long thin sticks at the tiny white ball. Suddenly the ball shoots across through the goal and the crowd goes wild, the men leap onto the highest polo field in the world and start traditional dancing in pure happiness to celebrate, as the opposing team starts to slink out of the stands. The law enforcers quickly get the crowd under control and back behind the white half height stone wall allowing the game to continue, until Gilgit won the pre-match. 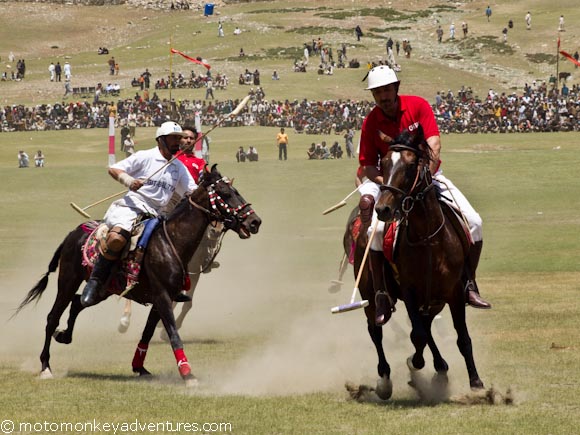 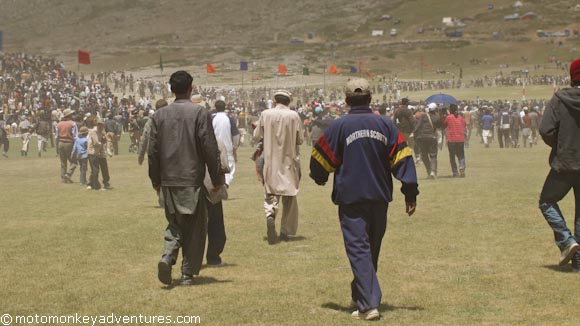 Walking back through the busy, dusty bazaar (market) on our way to our camp, I was surprised to find watermelons, vegetables, chapatti’s, snacks, clothing, blankets, there was everything and anything. As the dust rose up from the bazaar and drifted over towards the main camping area, men protected themselves with scarves over their nose and mouths which made the whole bazaar look like a scene out of a cowboys and Indians film. 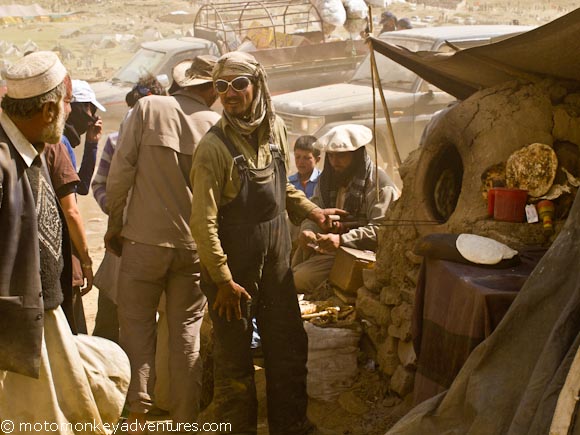 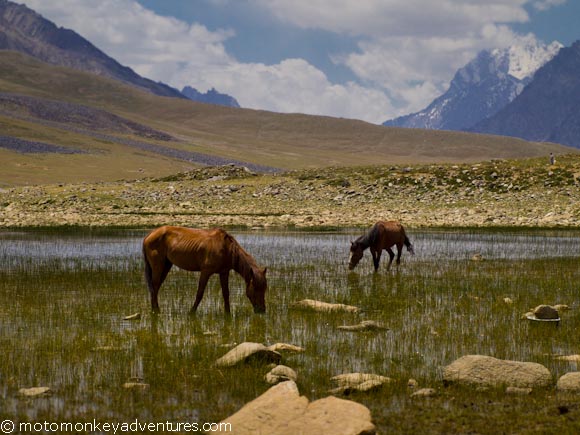 Dropping the pile of Chapattis off at our green VW German restaurant, I was glad we had decided to pitch our camp a long way from the polo field and the dusty bazaar. Dropping my dirty sunburnt body onto our picnic blankets under a big tarpaulin shade, it was time to relax and chat to the other overlanders I had met in Gilgit. 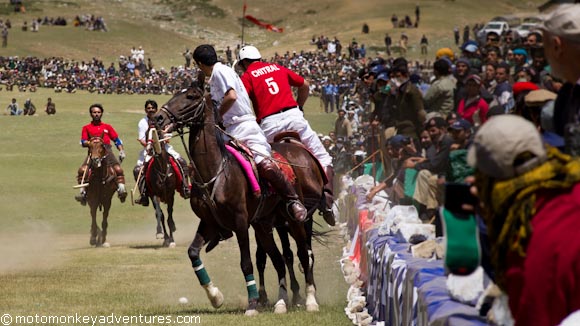 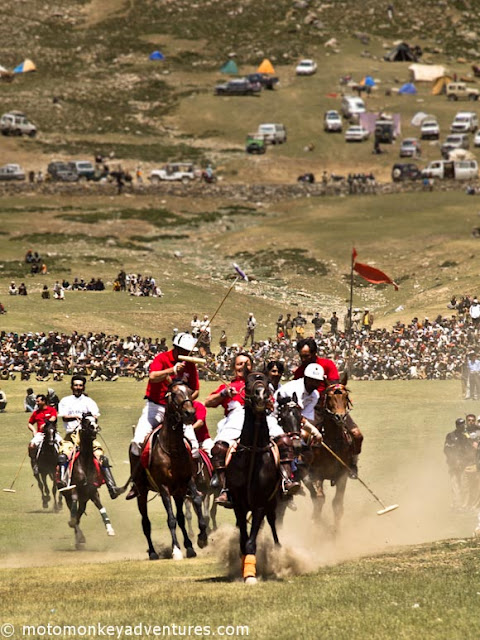 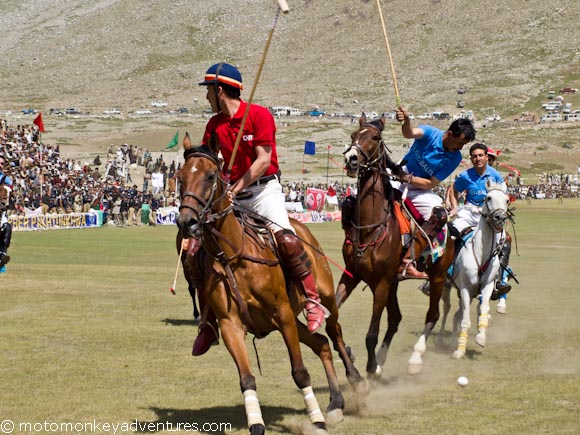 We had just spent a couple of easy, relaxed days travelling up Ghizer Valley, to Shandur Pass enjoying fishing, camping and each other’s company. Leading the pack is one green German VW camper van, followed by two 660 KTM, one Jiminy filled with two guys from the tourism department and one Australian Cyclist I managed to pack in and myself on my DR350 and Yasir, Deputy Director of Tourism for Gilgit-Baltistan on his 110 Honda CB. 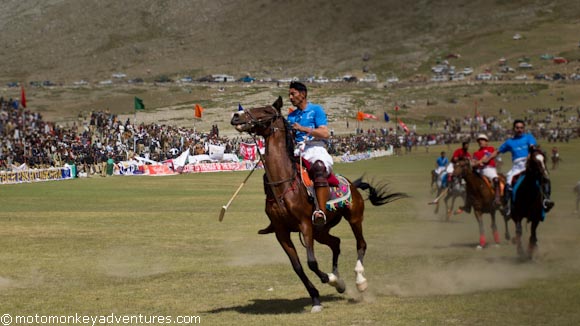 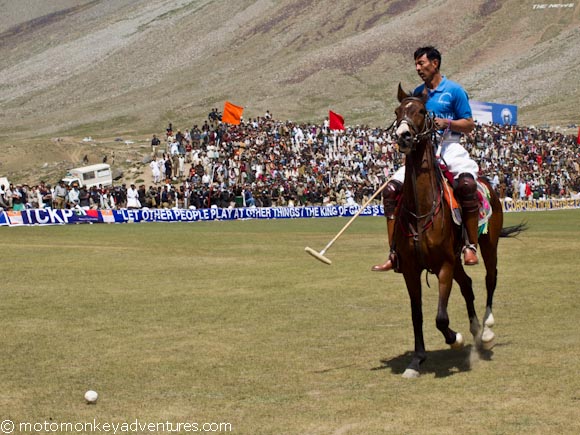 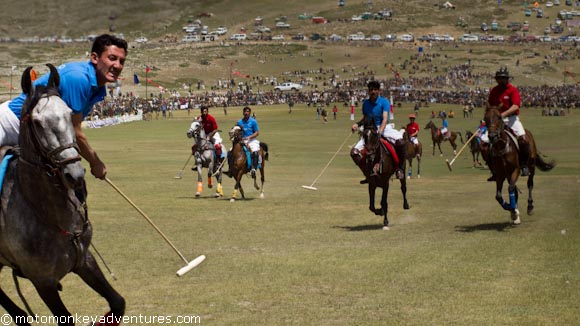 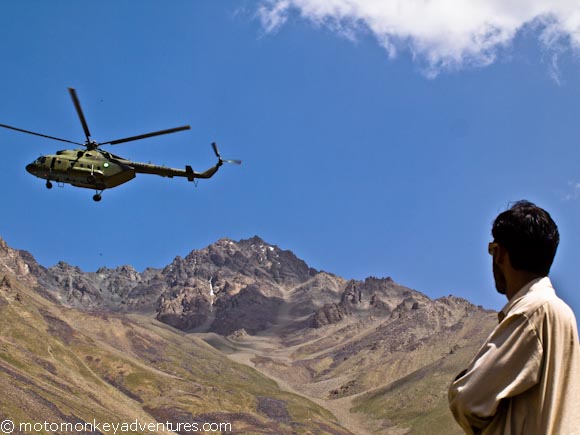 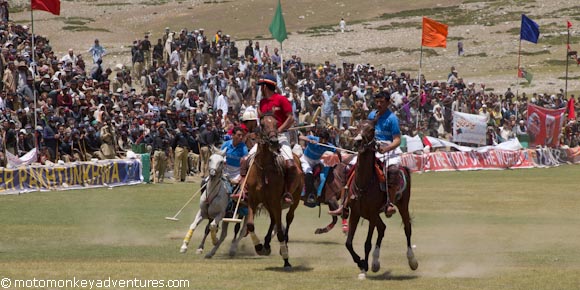 The deal was, if Yasir was to accompany us on his motorcycle, we had to stick behind him at all costs! I broke that rule when fronted with the first steep mountain, but with one sideways glance from our leader put me back in my place and I quickly dropped into line. I think Yasir got a good feeling of what is like to travel by motorcycle, when your muscles start hurting, your back is aching, you’re consistently dirty and always on the lookout for fuel. But it’s the breeze on your face, the amazing smells, the looks you get from the locals that makes the whole trip worth the pain that dissolves into good memories. 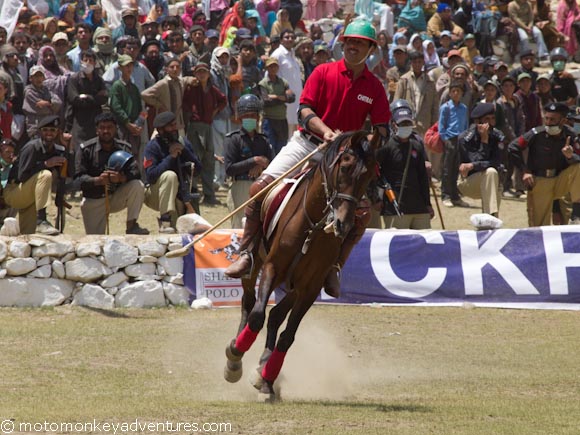 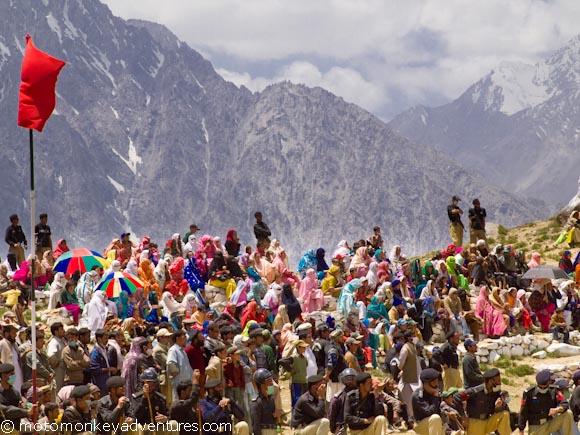 The woman’s only section 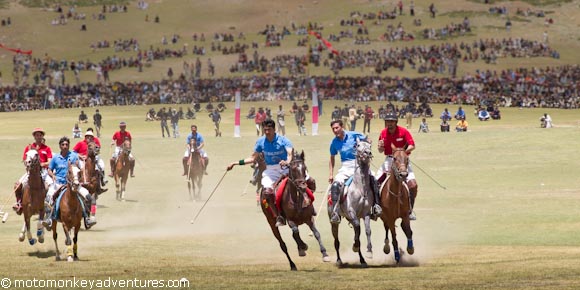 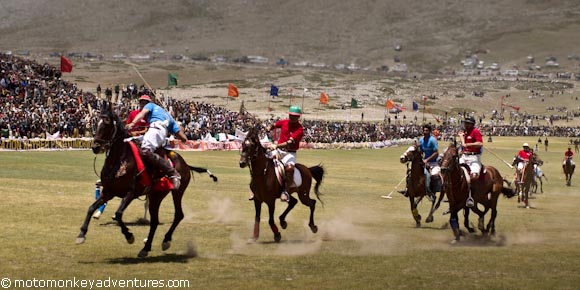 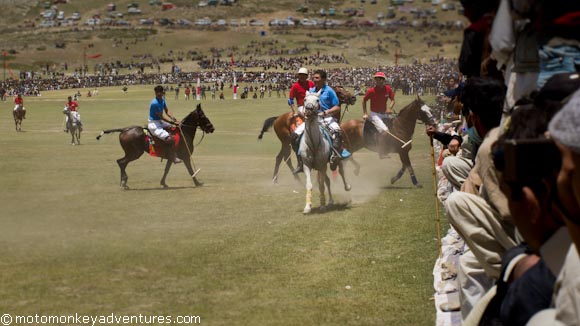 After a cold, cold night camping at 3700 meters above sea level we were ready to watch the final match between Chital and Gilgit. Gilgit hasn’t won since 2006. Despite the fact that they had won the pre-match, word amongst the Gilgit people, there wasn’t hope they would win again today. How wrong they were, the Gilgit team pounded through the rising dust from the field and wacked home goal after goal until most of the Chital supporters had walked out and headed home in shame, while the Gilgit supporters ran out onto the field to join with the players, kicking up more dust and sweat while dancing in celebration. 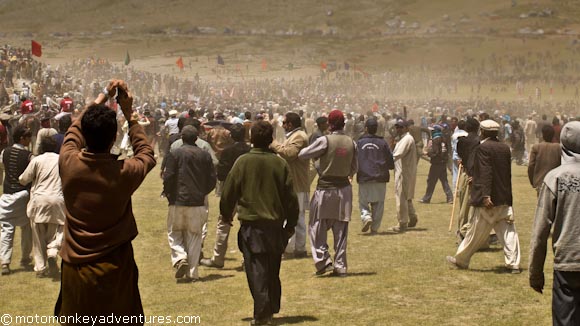